In Basketball and Netball, rapid changes in direction, miss timed shots (causing contact with another player) and awkward landing can lead to sprained ankles and damaged knee ligaments.

The injuries that occur to those who play these sports are similar owing to the similar physical demands of the sports. All these can be prevented with good and regular use of a Pilates & Yoga Basketball Stretching Programme and by doing Basketball Strength training.

Chicago Bulls Star Ben Gordon incorporates a Pilates training programme in his NBA Basketball workout to prepare himself to play an 82 game season.Like fellow NBA stars LeBron James, Kobe Bryant and Jason Kidd Gordon states “It’s not so much the court stuff, its more activities off the court than on.”

Work is something he has never shied away from. What he has learned so far in preparation for his career has more to do with his activities off the court than on? Gordon, a self-described basketball junkie, incorporates a Pilates strength training programme to prepare himself to play an 82 game season. 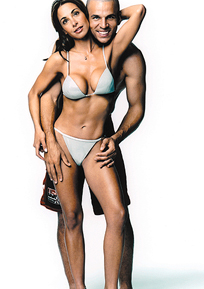 Basketball Pilates Buff and NBA All-Star Jason Kidd and his wife, Pilate’s enthusiast Joumana, have great bodies. Their secret is Pilates. Back in 2001 Joumana Kidd told Jason to try it. He put her off for a few years. When he relented he confesses “my first thought,”, “was that it couldn’t be that hard.” His first session with Pilates specialist Susan Whitlow turned out to be “a real eye opener,” he recalls. He kept at it, and noticed amazing things happening to his NBA-abused body.

In addition to getting stronger and more flexible, he says he felt “ready to go tackle the challenges you’re faced with. It’s almost like coffee or something. It gives you a little kick.” “The more I got into it and the more I understood it, the better off I felt,” says Kidd. “And then the thing was, I just wanted to keep doing it.” Before long, Jason was stealing Joumana’s Pilates appointments. He learned quickly and his shape changed. He loosened everything up, he re-sculpted his centre, and he did really well.”

Five years ago yoga instructor Paula Kout was watching her beloved Chicago Bulls on television when she asked her husband Jim, “Can’t you just see them all in a Headstand?” Although he couldn’t visualize it, he suggested she send Coach Phil Jackson a letter.

Kout, director of White Iris Yoga in Evanston, Illinois, enclosed an article about NBA great Kareem Abdul-Jabbar’s yoga practice with a note to Jackson, who is renowned for alternative coaching methods like devoting entire practices to meditation and requiring players to read books he individually selects for them. Two years later, in 1997, her phone rang. It was Jackson asking her to educate his Bulls in the ways of Downward-Facing Dog. “He wanted to add some yin to his yang,” says Kout.

Jackson, a Zen Buddhist, personally knew the physical benefits of regular practice; he began practicing yoga while with the New York Knicks in the 1970s after he damaged some discs in his back. It was clear he knew yoga’s mental benefits, too; in his 1995 book, Sacred Hoops: Spiritual Lessons of a Hardwood Warrior (Hyperion, 1996), the second chapter is entitled “A Journey of a Thousand Miles Starts with One Breath.”